Video Calls are making is more self conscious about our appearance 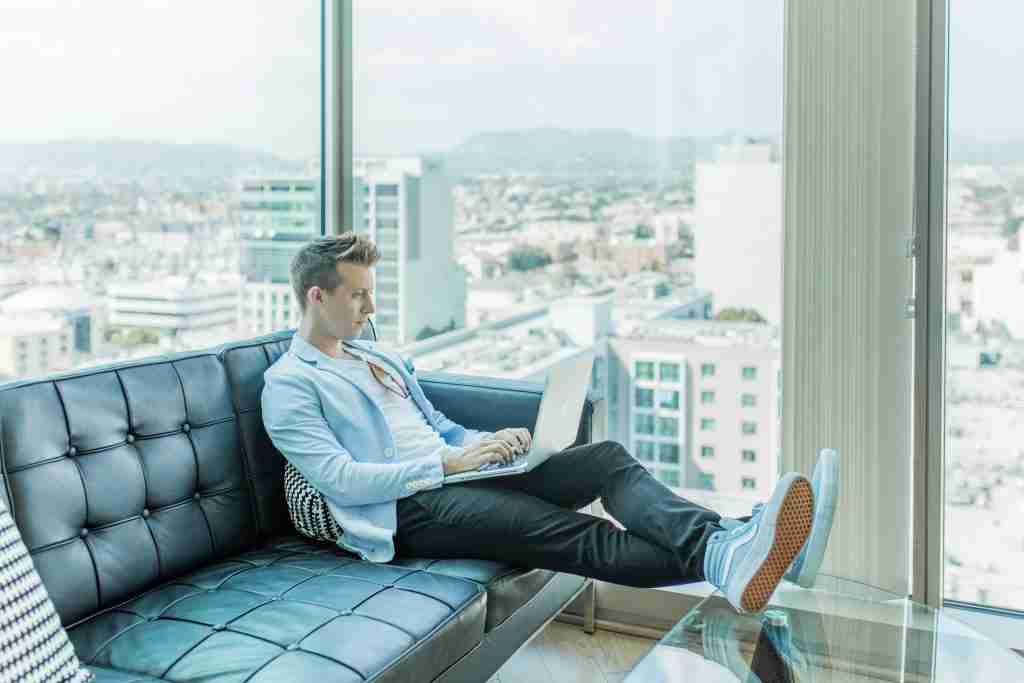 Whether it’s for work or to stay in touch with friends and family, nearly everyone is spending more time looking at their face on devices over the past 18 months. That takes a toll. As our cameras and video conferencing software get more and more advanced, we’re left with often unforgiving portrayals of ourselves. No wonder there’s been a significant boom in cosmetic dermatology procedures over the past year!

Advanced Dermatology, a leading aesthetic and medical dermatology practice recently surveyed 1,450 Americans who regularly spend time on video calls, to better understand how they’re affected and what catches their attention on the calls. 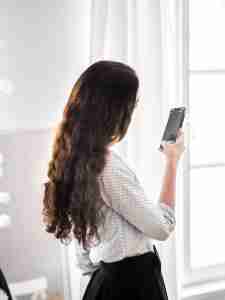 The impact of seeing ourselves under the harsh scrutiny of Zoom is undeniable: 85 percent say that seeing themselves on video calls has made them more self-conscious about their appearance, and 73 percent say they’re less happy with their appearance now than before the pandemic. (Of course, it doesn’t help that many Americans have not kept up healthy routines over the past 18 months.)

Certainly, there are specific features people focus on, particularly on their faces. Advanced Dermatology asked people about everything that’s in view within a typical video call frame and learned that they are most self-conscious about bags under their eyes, their forehead, their teeth, and hair loss.

Zooming out from particular features, broader “looks” are also captured on video calls, which people

find problematic. Sometimes rather than fixating on how their nose or hair looks, people are left feeling like they look more “tired” or “angry” on a screen. 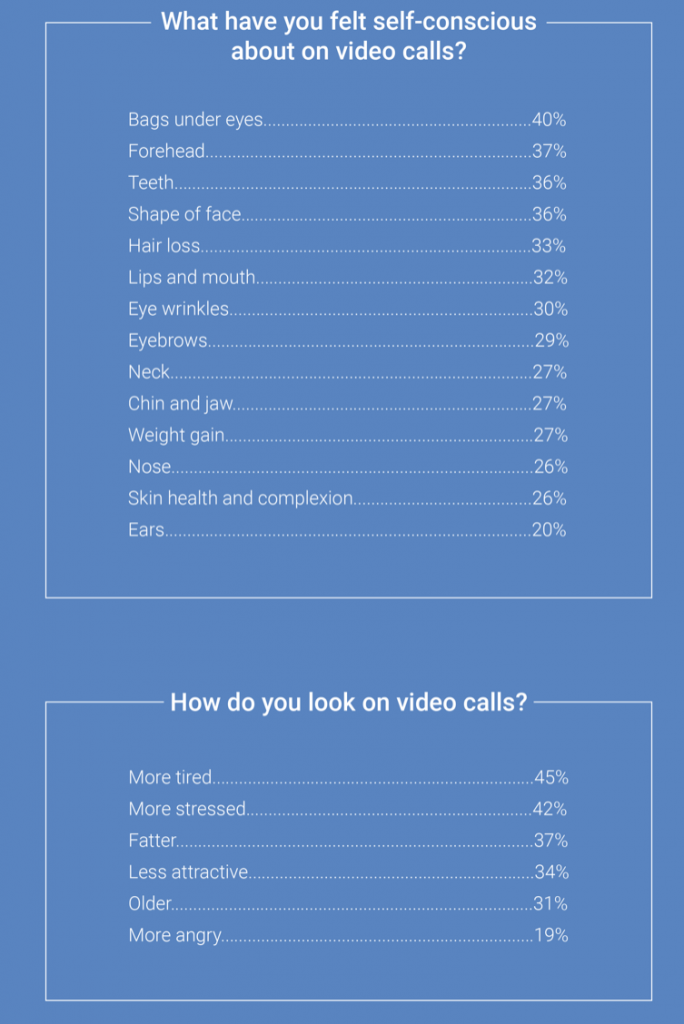 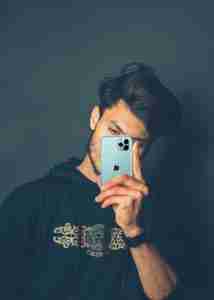 The fact of the matter is, it’s very difficult to not look at yourself on video calls. Our screens effectively become mirrors. Imagine trying to sit in front of a mirror without looking at yourself. Of those Advanced Dermatology surveyed, 83 percent admit they stare at themselves “a lot” on video calls.

People usually fixate on their own eyes, hair, and forehead more than anything else.

That’s not the only thing we’re staring at. Those who participate in virtual meetings for work are putting their coworkers under the microscope as well. Seventy-eight percent of people have compared their own faces to coworkers’ faces during a virtual meeting, and three in four workers admit they stare at people more in virtual meetings than they would in person, since the dynamic is different, and no one can tell.

Despite all the jokes about people not wearing pants to virtual meetings, the data shows that people are quite aware of the scrutiny they may be under on these calls. Most people don’t just show up casually, without consideration for how they look.

Eighty-seven percent of those surveyed check their appearance before joining any video call and 60 percent use the “touch-up” feature to enhance their appearance when it’s available. On top of that, 76 percent say they’re thinking more carefully about grooming and outfits on video calls now than they were at the beginning of the pandemic. 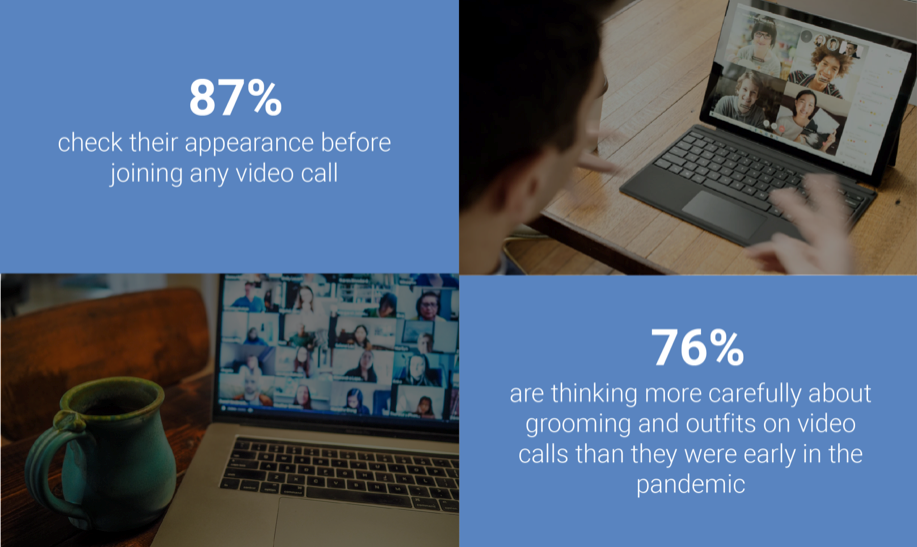 Finally, true to its name, the Zoom Boom is a real phenomenon, and many people are making bigger investments in their appearance as a result of the pandemic. Of those surveyed, 59 percent say they’ve bought skincare products or changed skincare routines specifically because of what they’ve seen on video calls, and 61 percent say they are more interested in cosmetic procedures based on what they’ve seen on video calls.

Methodology:  From August 9-10, 2021, Advanced Dermatology surveyed 1,450 Americans who regularly participate in video calls, to ask them how it has affected their perception of themselves. Respondents were 44 percent male and 56 percent female, with an average age of 37 years old and an age range of 18 to 68 years old. For more information go to  https://www.advdermatology.com/

Create an Account
Sidebar
Start typing to see posts you are looking for.