Daewoong Pharmaceutical, a bioengineering company in South Korea,  has been cleared to begin a first-stage clinical trial of a long-acting male baldness medication called “IVL3001” in Australia. 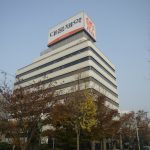 IVL3001 is injected once a month or once every three months and has been shown to deliver better effects than oral drugs, even at a lower dose. IVL3001contains finasteride-loaded polymer microspheres that deliver Finasteride, one of only two drugs approved by the FDA for hair growth. Daewoong anticipates that IVL3001 will reduce the inconvenience taking an oral drug every day at the same time as improving hair growth.  Daewoong plans to establish a corporation in Maryland to expand its presence in North America.

Sidebar
Start typing to see posts you are looking for.